Rob's message for May

Welcome then to May, normally a month of many bank holidays, although of course this year slightly fewer, given that the one at the end has been pushed into June as part of the Jubilee celebrations. There’ll be more of that next month.

Mayday is an important one for me. My sister’s birthday is on 1st May, and she made sure we remembered that, and now also my sister-in-law’s. (She’s not as bothered!) I lived in Oxford for a while, and over there May Day is big business, with choristers singing from the tower at 6am, Morris dancers everywhere, the pubs open at breakfast time, and students attempting to jump off the bridge into the river, if the police couldn’t stop them.

Given this dangerous activity, it would hardly be surprising if that’s how Mayday became a distress call as well. It was certainly a dangerous day in Oxford. But I knew where it actually came from, because I remembered hearing about it on an old episode of the comedy Red Dwarf:

Mayday, mayday. I wonder why they call it "Mayday".

Let’s leave aside the question of whether a TV sitcom is the best place to learn French, and focus on the call itself: “Help me.”

It’s not always easy to ask for help. I particularly struggle with this when I am in a big shop looking for something. The quickest thing would be to ask someone, but for some reason I prefer to wander up and down the aisles for minutes on end, until I find it. I can get away with this if I am on my own, but not if I am with my family, because they think it is ridiculous. I mean, it is ridiculous.

The bible is full of people like you and me who make loads of mistakes, but the one thing most of them get right is asking God for help. They realise they can’t help themselves, can’t save themselves, often can’t even make the right decision when it’s staring them in the face, but they know to ask God for help.

That first May when I lived in Oxford was remarkable for all the Mayday shenanigans, but the real reason I remember it is that it was the first time I really asked God to help me, to save me, to forgive me. It was certainly not the last time, but it was the first, and I’ll never forget it. With the fear of heights I’ve developed since then I can’t imagine singing from a church tower, or jumping off a bridge, and I was never one for beer at breakfast time, but I’m not going to stop asking God for help. It changes everything. 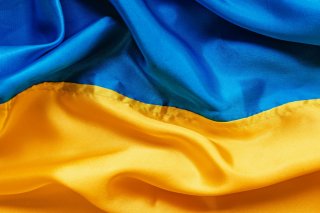 We have all been watching with horror the scenes on the news from Ukraine in recent weeks. Or maybe we have. Sometimes I’ve found it hard to watch at all, and I’ve wondered why. Do I need to pray for more compassion? Is it just that the last couple of years have just worn me out a bit?

Elsewhere in this magazine we have put a bit about Ukraine, and we encourage you to look at the words of Psalm 31, being used by lots of Christians there, if you would like to reflect and pray. I think a miracle would be a good thing to pray for.

Earlier this week someone pointed out to me that the video of one of the songs we have sometimes used in church, a version of the creed, was filmed in Kyiv a few years ago. You can see people walking through the streets, lovely buildings old and new. You wonder how long some of them will still be there; I’m conscious of the time that has passed between me writing this and you reading it.

Yesterday the creed popped up again when I was reading a book that goes with the course we are doing at the moment about unanswered prayer. Regular readers (hello again to all three of you) will remember me writing about that a couple of months back. The writer points out that the creed is full of miracles: God created everything; Jesus was conceived by the Holy Spirit and born of a virgin; he ascended into heaven. It seemed fitting to me that a place now in need of such an extraordinary miracle should have so many of them sung over its streets in that video.

There’s one more in the song, and in the creed, of course. He rose again, it says. In a way that’s our prayer for Kyiv, isn’t it, and for the whole of Ukraine. We’re praying for an extraordinary miracle: that it might rise again.

Easter says that death isn’t the end of the story for any of us; that however it comes, it can never have the last word. Easter says that Jesus rose again, and that we can rise again through faith in him. Easter invites us to pray for a miracle; to believe in miracles; to expect a miracle.

We have seen some extraordinary defiance from the Ukrainian people in the face of overwhelming opposition, and that first Easter was a time of defiance too. Jesus faced death and hell and all that was evil in the world. The opposition was overwhelming, and for a while it looked like it had won. But Jesus had done enough miracles to believe in them, and burst from the grave to bring life and light and hope.

That’s Easter faith. That’s what we believe. That’s the name of the song, by the way: This I believe. 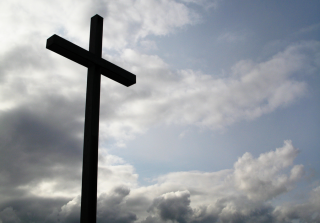 You led me to the Cross

It’s not easy for most of us, is it, to think of a favourite song? There are so many that have spoken to us at different times. I always wonder how long the people on Desert Island Discs take even to come up with just eight.

And we might be the same about pictures, too, whether it’s paintings by our favourite artist, ones our children or grandchildren have done for us, any image that is meaningful to us. It’s hard to choose a favourite.

For me, the same goes for passages in the bible. You can’t just pin it down to one. As followers of Jesus we try not to – we recognise that God can speak through any of it at any time, most of all bits that aren’t our favourite.

This morning, though, I found myself coming back to one that has always helped me see Jesus, and what it means to follow him. Not surprisingly, because people haven’t changed quite as much as we’d like to think in 2000 years, his friend Peter doesn’t like the sound of the hard times ahead of Jesus. He can’t see what Jesus is talking about.

It doesn’t surprise me, because I don’t always see it either. As much as I try to follow Jesus, I find myself going in all sorts of odd directions. With all I have, I resist denying myself, taking up my cross, and following Jesus as he heads towards a much more important Cross of his own. It’s why the little cross you can see here in the picture is so precious to me. The triangle is the shape of the chapel at a lovely retreat place I know, but most important is the road up to the cross. It’s not straight and obedient, but wandering and wiggly, so that you wonder if you’ll ever find your way there. But you do, and in the end it is so worth it.

As I wrote that last bit, I worried to myself that I was making it sound like it was all about me. Me finding my way to the Cross, me walking in the right direction. And so I was grateful for the chorus’s invitation to pray that Jesus would keep me heading the right way:

So as we head towards Easter, may you walk in the way of the Cross, and find mercy and salvation, forgiveness and love. May your every road lead to the Cross. 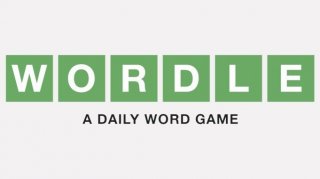 Have you been playing Wordle?

Like lots of the best games, it is very simple. Every day, they post a new five letter word puzzle on the website. Every time you put a guess in, it tells you letters which are absolutely right in green; letters which are right but in the wrong place in yellow; letters which are wrong in black. And so, by a process of elimination, you should get there in six goes. Normally it is ok, but sometimes the words are really hard. Or you might get lucky: I guessed the right word second time this morning. Probably never to be repeated! It is clever because you just have one go every day – it gets you back the next time because you can’t play enough to get bored.

Of course there are different ways of playing. One obvious way is to start with the most frequent letters – ETAIONSHR. I often pick a word from these letters for my first go, and then try and use the rest of them in my second one. Because I am friends with too many vicars on Facebook, I know that one of the words that some of them like using is ATONE.

This is a word we don’t use very often, but which you will probably recognise as meaning that you are sorry for something and you want to make amends. It’s a ‘putting-things-right’ kind of word.

Lots of us will have an understanding that when we get things wrong, we have a responsibility to put it right, and of course we do have to be sorry for stuff like that. But when I hear the word atone, I think of something different. God sees that something has gone wrong – that I have got so much wrong – but he doesn’t leave me on my own to sort it out.

The other day it was a really difficult word – PROXY. And that is exactly what Jesus is. In order to put things right he died on the cross in my place, and restored my relationship with God forever. People sometimes say that atonement means that where God and I were apart, now we are “at one” through Jesus. I’m not sure if that’s very good English, but you get the point.

POINT, incidentally, was the word I got in two guesses today. Like I say, it was just chance. I tried STARE and I got the T right, but in the wrong place, so I used some of my other common letters and made POINT. Of course, having good fortune in a word game doesn’t honestly matter. What is really important is the extraordinary blessing of having Jesus – of knowing that I am “at one” with God because of him.

Always be the first to know. Tailor your email update to suit your preferences. You can set it to check for updates to the site at a frequency that suits you. You will only be mailed when there is new content.